Recently Mark Zuckerberg admitted that data of about 87 million facebook users was compromised. The difference between previously estimated numbers vs the current findings of the data numbers leak is massive. In fact it is to be believed that every user’s data on facebook has been scraped.

Not only that, Zuckerberg and some top Facebook employees have been found guilty of deleting conversations between Zuckerberg and some users which took place in the last few years. If you are a Facebook user you know that once you send a message to someone on it, It cannot be deleted or undone unlike the Whatsapp feature which was introduced last year. Facebook is trying to cover up what it did by saying it will soon make the “unsend” feature available to everyone on facebook.

By deleting the messages from the recipient’s inbox it only proves that facebook has a hidden agenda.

Facebook user’s are not happy after knowing that their private data has been compromised and it’s now Mark Zuckerberg’s time to face the music. He will have to appear before the Congress next week where he will face tough questions about Facebook’s mishandling of data.

The company also said that it is shutting down a feature that left at risk the personal information of most of its 2 billion users. As many as 87 million users could have been affected by Cambridge Analytica’s mishandling of data.

Zuckerberg says from now on, every advertiser who wants to run political or issue ads will need to be verified. “To get verified, advertisers will need to confirm their identity and location. Any advertiser who doesn’t pass will be prohibited from running political or issue ads. We will also label them and advertisers will have to show you who paid for them.” We’re starting this in the US and expanding to the rest of the world in the coming months.

Countries whose private data has been compromised are not happy with Facebook. Indonesia has even threatened to shut down facebook if they find out evidence of data breech of its citizens.

In his press conference Mark Zuckerberg said he takes full responsibility and will fix Facebook. He also believe’s that he is still the best person to run Facebook.

After the recent events do you think people still trust his word? What will be the fate of Facebook and Zuckerberg? 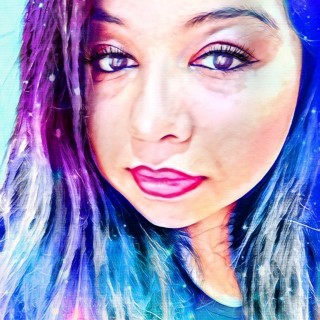 Mom, Traveler, Blogger, Amateur Photographer. I love traveling and clicking pictures in my spare time. I am a crafty mom and love everything homemade.

Mom, Traveler, Blogger, Amateur Photographer. I love traveling and clicking pictures in my spare time. I am a crafty mom and love everything homemade.